Big cats are under threat in the wild, and being exploited in captivity. Many tourists and volunteers are unaware of what is truly happening to these big cats, and therefore we take pride in speaking on the animal’s behalves. Make informed decisions, unite with us and help spread awareness!

Panthera Africa will secure a prosperous future for captive lions and other big cats, and give them the opportunity to live the remainder of their lives with respect and love.”

Panthera Africa Big Cat Sanctuary reveals the truth about what big cats face in captivity. We do this in every way we can: through our different educational visits, volunteer and ambassador program, outreach program to schools through both visits and presentations, tourism talks and presentations, on social media, and with this page.

Here are the facts and main issues that big cats face in captivity today: 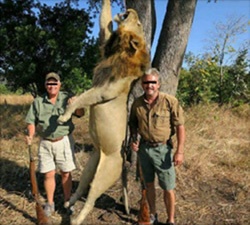 Unfairly prevented from escaping the hunter

Canned hunting is where the target animal is unfairly prevented from escaping the hunter, either by physical constraints (fencing) or by mental constraints (tame, habituated to humans) – Campaign Against Canned Hunting (CACH) 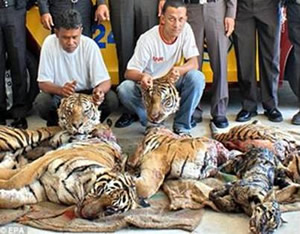 Tiger and lion bone trade is the illegal poaching and/or legal breeding of these species to be killed for body parts which are used in Asian traditional medicine. The multibillion-dollar business of buying and selling articles such as fur and bones of protected wildlife, is one of the largest sources of criminal earnings, second to arms smuggling and drug trafficking. 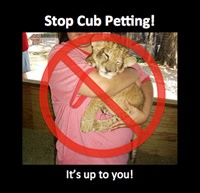 One of Panthera Africa’s main purposes is to create awareness around the canned hunting industry, and be part of the solution to the thousands of captive lions being exploited at the many cub-petting, breeding and hunting farms all around South Africa. Did you know that the cubs get torn away from the mother so she is left to breed again, whilst the cubs get hand reared for the tourism and hunting industry? The adorable cubs are used as a marketing tool all over the world to attract thousands of tourists and volunteers to interact with them, in order to make them tame to be easily hunted as an adult – either for a trophy or for its body parts. The price to shoot a tame lion and claim its head as a trophy is up to R500 000, which is paid by the many Americans (contributes to over 50% of the lions killed), Europeans and Asians visiting South Africa. 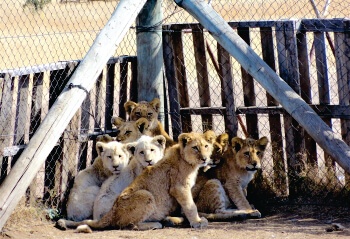 The 204 South African breeding farms, housing between 8-10 000 captive born lions, argue that they are conserving the wild lion population by letting hunters shoot a captive-bred lion rather than exploiting the threatened wild population. But the numbers speak for themselves as the wild lion population has decreased by over 80% over the last 50 years leaving less than 20 000 lions in the wild. The truth is that the lions (tigers and many other species) are bred for profit, and the money is made by playing on the heartstrings of thousands of volunteers and tourists and making them believe they are part of conservation and making a difference. 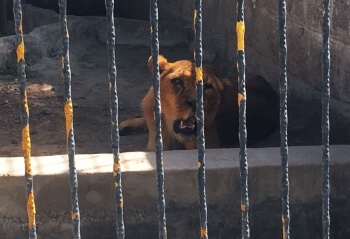 Deprived of Their Natural Environment

The whole world is increasingly focusing on animal welfare and the protecting of Wildlife and nature as a whole. People are becoming more aware of the conditions wild animals such as lions and tigers, suffer under in zoos and circuses worldwide. They are kept in miniature cages, often abused and starved – all for the purpose of income from public viewing.
The captive animals are deprived of their natural environment without any or little stimuli, enrichment or hiding place from the public gaze. The animals become frustrated, unenriched and bored, and many develop the so called “zoochosis”. Have you ever observed a captive animal pace repeatedly, twist and roll its neck unnaturally, rock and sway back and forth, or even inflict self-mutilation? If the answer is yes, then you sadly have experienced this condition first handed. And even worse; as the public has started to witness and complain about the horrific scenes, some zoos are giving animals mood-altering drugs, such as Prozac, to “handle” the problem and keep the complaints under control.
Some zoos are experiencing surplus problems and are euthanizing perfectly healthy lions and tigers. They over breed to ensure constant cubs for the tourist to pet and then run out of space to house them as adults. Their lives consist of a dirty, dark enclosure as small as a bedroom, where many suffer from malnutrition, and never even feel grass under their paws! 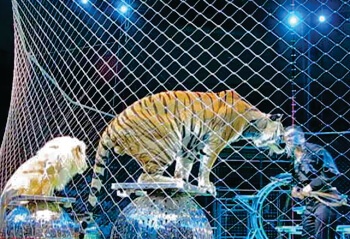 Cruel Exploitation of Animals in Circuses

There is no wild animal that on its own will want to jump through burning hoops, or sit on a chair, or give a high-5! This comes from years of harsh punishments and beating. The animals have no voice to say no and act out of fear; not choice! There is an absolute need to expose the reality of the psychological and physical agony the animals face under training, housing and transportation.
Many international organisations have over the years worked very hard to free wildlife from circuses, and the work is paying off! Many countries have already implemented a ban, and there are many more to come. Together with a wealth of international organisations and wildlife activists, Panthera Africa will be part of the solution and save lions and tigers, and through their unique stories create awareness about the truth behind the scenes. 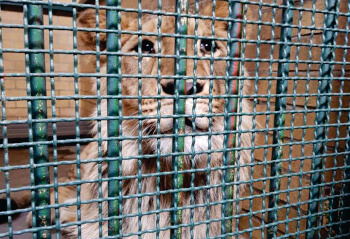 Wild Animals Are NOT “Pets”

Wild animals are surprisingly often kept captive in private homes as “pets.” When in the hands of private individuals, the animals themselves may suffer. These animals do not adjust well to a captive environment, for they require special care, housing, diet, and maintenance that the average person cannot provide. As a result, individuals who possess exotic animals often attempt to change the nature of the animal rather than the nature of the care provided. When many possessors realize they can no longer care for an exotic “pet”, they turn to zoos and other institutions such as sanctuaries to take over the responsibility. However, there are not enough zoos and accredited institutions to possibly accommodate the number of unwanted “pets”, and as a result, most of these animals are either euthanized, abandoned, or doomed to live in deplorable conditions (source: Born Free USA).

Any cookies that may not be particularly necessary for the website to function and is used specifically to collect user personal data via analytics, ads, other embedded contents are termed as non-necessary cookies. It is mandatory to procure user consent prior to running these cookies on your website.